The jewel of the French Riviera, Nice is the fifth biggest city in France and its human scale makes it one of the most pleasant to visit. A strong Italian influence can be felt here – Nice became French only in 1860 after a long period under the rule of Piedmont and Sardinia.

This region is one of the most popular destinations in France thanks to its beauty and reliably sunny weather. Tourism began here in the middle of 19th century, when the English aristocracy and the Russian Romanov Tzar’s family began coming to Nice for the winter sun.

Your tour will begin in Place Massena, the city’s main square next to the Coulée Verte park with its mirror fountains. Next, you will discover the picturesque Old Town by visiting the food and flower market, then walking through the charming narrow streets to admire the architecture and soak up the peaceful atmosphere.

From there we drive 15 minutes to the top of Mont Boron park, where you can enjoy a panoramic view of the city. Another 15-minute drives takes us to the second most famous area in Nice, Cimiez. Here you can visit the Franciscan monastery with its magnificent rose garden and the Roman ruins near the Matisse museum. Depending on the length of your tour, you might also visit the Chagall museum a little lower down the hill. We might finish off the tour by visiting a vineyard located in the Bellet hills on the western side of Nice, or alternatively a traditional olive mill. 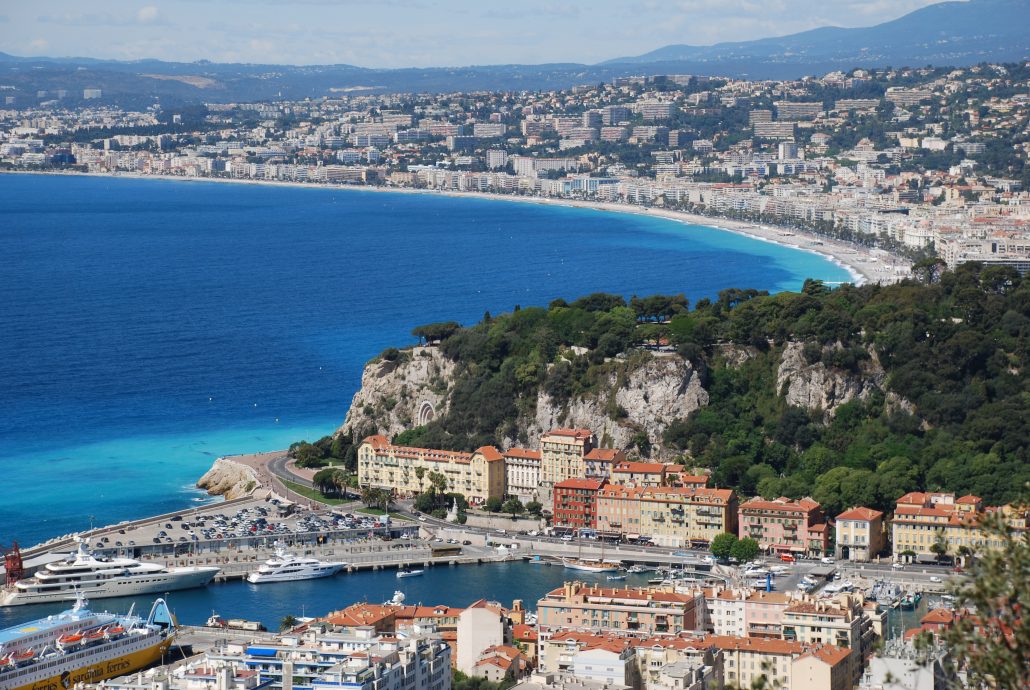 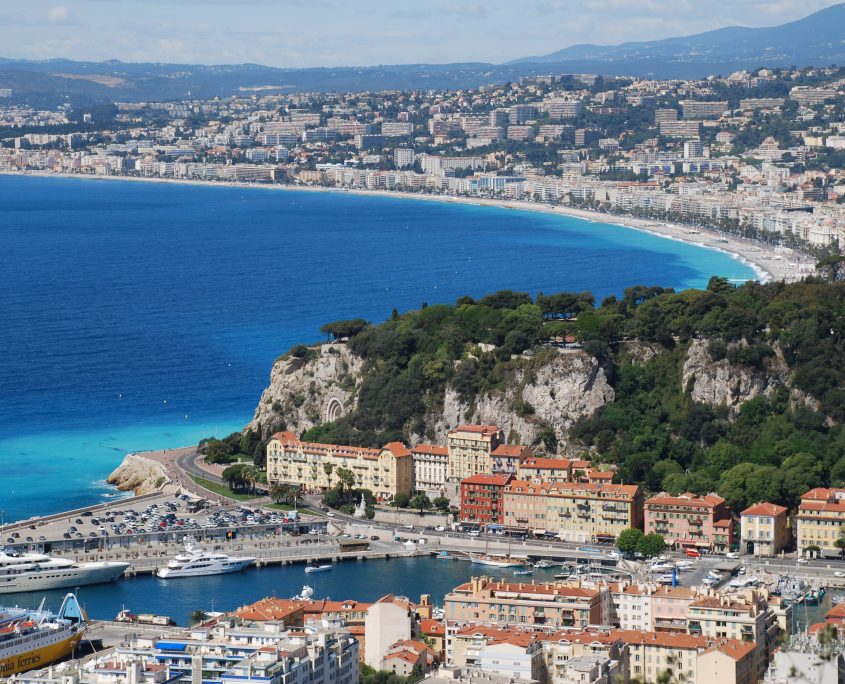 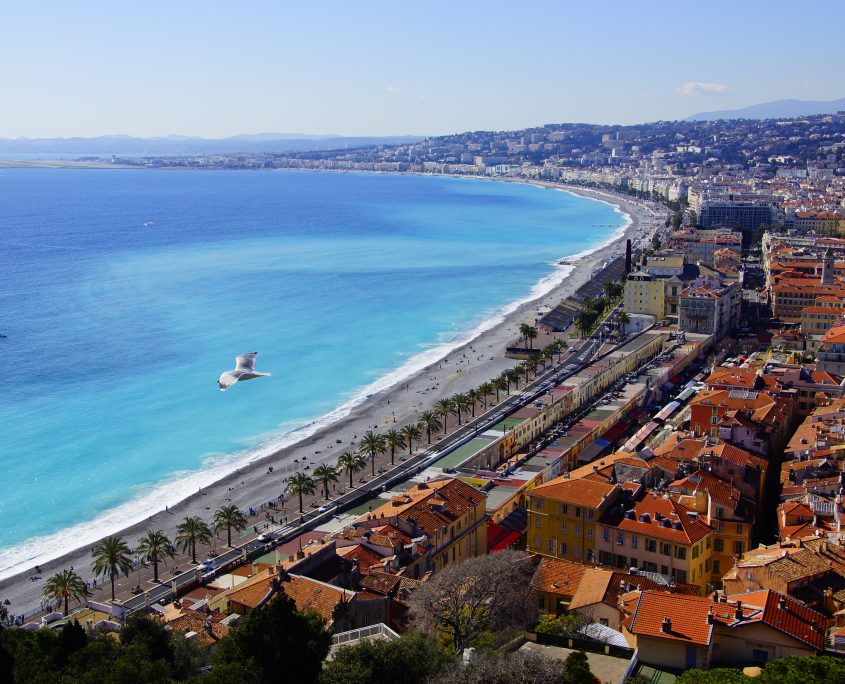 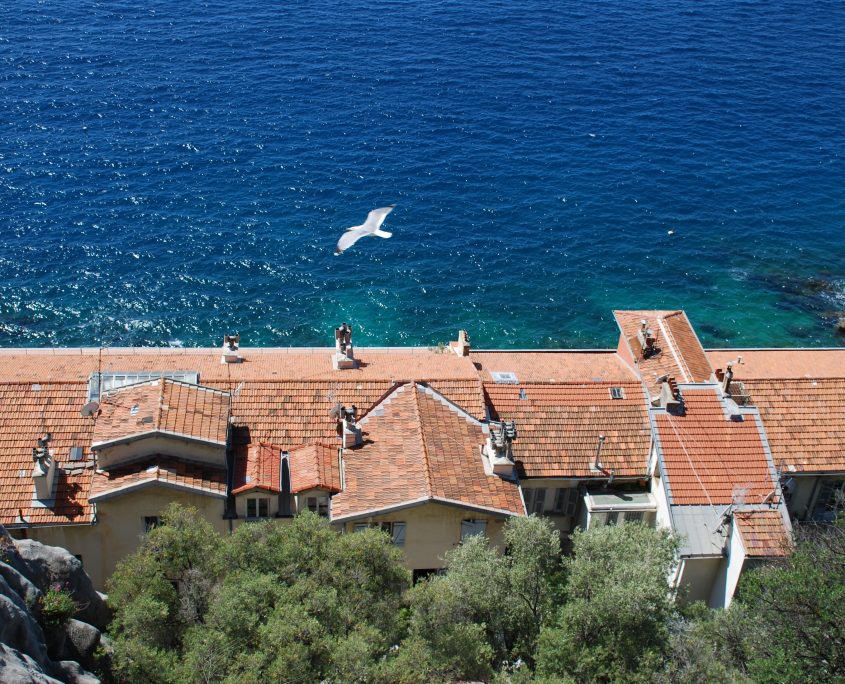 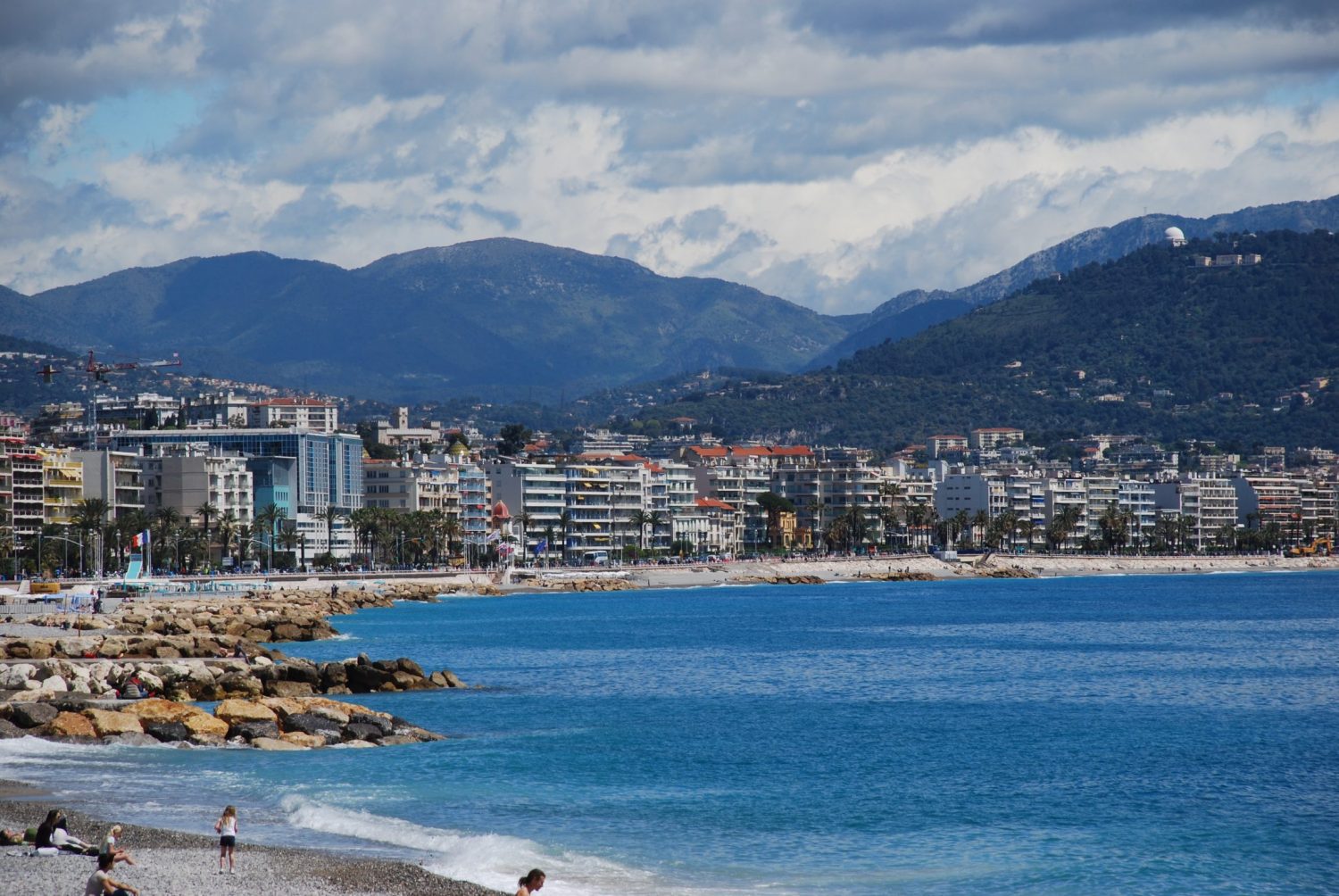 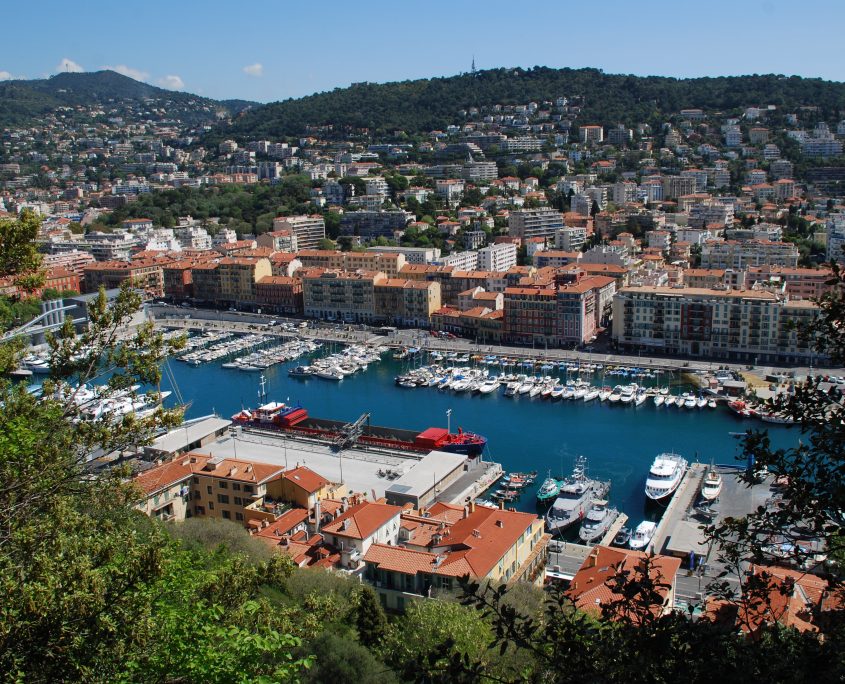 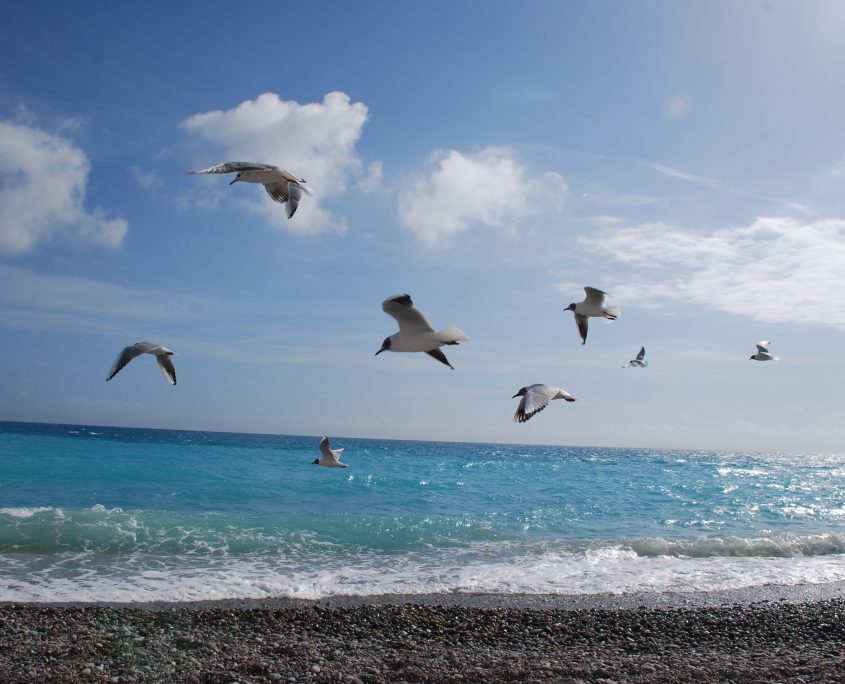 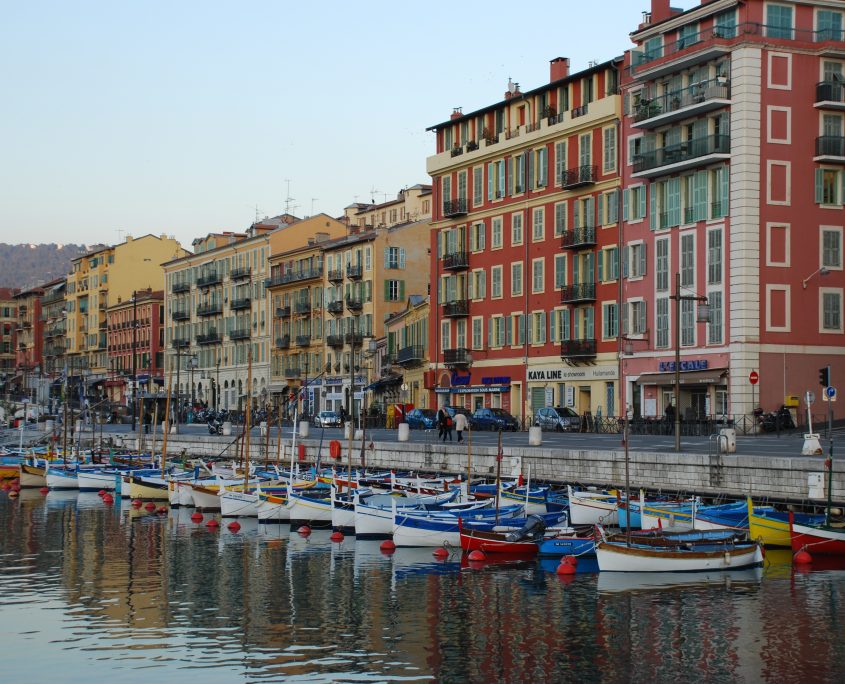